Skip to content
Menu
Close
A staggering $2.7 billion worth of cryptocurrency was stolen in hacks of various services in the first seven months of this year, with many of the major attacks linked to North Korea, according to a new report.

The report from blockchain analysis firm Chainalysis attributed much of the spike to hacks on decentralised finance (DeFi) protocols.

DeFi refers to services that attempt to replace traditional financial institutions with software that allows users to transact directly with each other via the blockchainthe digital ledger that underpins cryptocurrencies.

Some of the biggest crypto hacks of 2022 were on DeFi protocols, including the $890 million hack of video game Axie Infinity’s Ronin network in March.

Several thefts, including the Axie attack, have since been attributed to hackers with links to North Korea.

An estimated $1.4 billion has been stolen from DeFi protocols by North Korea-affiliated hackers so far this year, the report said.

These thefts thought to be part of a broader strategy to help bring in revenue for the North Korean regime as it has largely been cut off from the world.

DeFi transactions, based mainly on the Ethereum blockchain technology, have rapidly exploded in popularity over the past two years.

These protocols are “uniquely vulnerable to hacking” thanks to their open source code, large pools of assets and rapid growth that may have led to a lapse in security best practices, according to Elliptic, a blockchain analysis firm.

“This space has only really emerged just the past couple of years.

“I think the problem here is that the software is the only thing securing these assets.”

Chainalysis warns that the increase in crypto thefts shows no sign of letting up despite the drop in the crypto market.

“As long as crypto assets held in DeFi protocol pools and other services have value and are vulnerable, bad actors will try to steal them,” the report stated.

Chainalysis pointed to two recent large-scale DeFi hacks, including the $270 million reportedly stolen from cryptocurrency bridge provider Nomad, which occurred after the data cutoff point for the report. 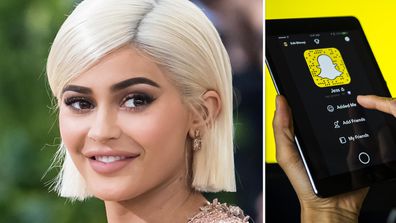 But there may be at least one silver lining in the report.

The amount of money lost in cryptocurrency scams, such as the $2.85 billion dollar Ponzi scheme carried out by BitConnect founder Satish Kumbhani, was 65 per cent less than the previous year as the falling value of crypto made it a less enticing investment opportunity for potential victims .

Opinion: Why it’s time to stop privileging marriage in America
Infected blood victims to get £100,000 compensation